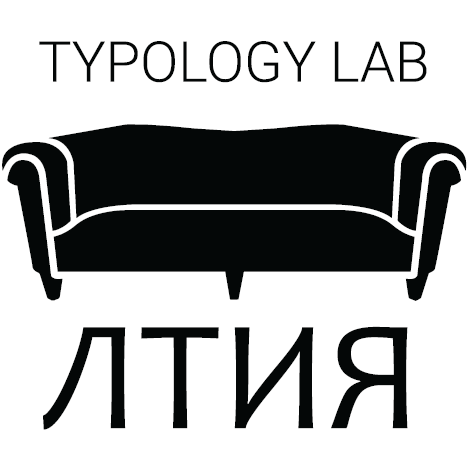 How to read the data

The dataset is based on a questionnaire containing 130 predicates given in context. In the questionnaire, two arguments are labelled as the first argument (X) and the second argument (Y), e.g., in ‘Peter is afraid of the dog’, ‘Peter’ is X, and ‘the dog’ is Y. Language-specific valency patterns are identified for individual predicates based on the ways in which X and Y are encoded in translations of stimulus sentences. The gaps in the data appear if no translation of the stimulus sentence has been obtained or if the translation does not meet the acceptance criteria (see below). Also see instructions for contributors for criteria for choosing the equivalent to be included in the dataset in case several translations are available.

In order to be included in the dataset, translations must meet the following criteria.

See instructions for contributors for more detail on the acceptance criteria.

The full dataset includes the following fields (explained below): predicate, verb, X, Y, locus, valency pattern, sentence, glosses, back translation and comments. You can browse or search the full dataset (all fields for each predicate in each language) in one spreadsheet or download them. You can also explore the data by language (e.g., see how the 130 predicates are encoded in Modern Hebrew) or by predicate (e.g., see how ‘be afraid’ is encoded in the languages of the sample) and take an overview of the valency patterns — in the latter mode, the only field shown is the valency pattern for each predicate in each language.

“Predicate” is the tag for an entry in the questionnaire. Normally, it looks like an English verb (e.g. “resemble” or “wait”), but essentially, this is a comparative concept (e.g., “play#instrument” is the label for the predicate in ‘P. is playing the guitar’).

“Verb” here refers to a specific lexical expression in the target language. They are quoted differently in different languages, as described in sections on individual languages. For some languages, verbs are quoted in the inflected form that is used in the translation of the stimulus sentence. For other languages, verbs are quoted in the standard dictionary form, such as, e.g., the infinitive, the 1SG present tense form, etc. In many cases, “Verbs” are actually non-verbal predicates or multi-word expressions, such as phrasal verbs or complex verbs, etc. If no acceptable expressions are obtained, this is signalled by an asterisk (“*”) in this field.

The fields “X” and “Y” contain conventional tags for devices employed for encoding X and Y arguments. In languages with rich case systems, these tags normally coincide with capitalized abbreviations used in interlinear glosses (e.g., “NOM”, “GEN” or “ILLAT”). In languages with poor or no case systems but with clearly identified subjects, such as English, subjects are normally tagged as “SBJ”. Adpositions appear in tags in their language-specific form (e.g., “de” or “sur” in French). Diacritics, non-standard letters (such as ə), allomorphs and non-Latinate orthographies are disregarded (e.g., “uberACC” stands for the combination of the preposition über ‘above’ and the accusative case in German, and “izGEN” stands for the combination of the preposition из ‘from’ and the genitive case in Russian). Tags in the fields “X” and “Y” can be used for identifying patterns within languages, but not across languages. For example, “LOC” refers to a head-marking device in the Adyghe data, but this device is very different from the locative case in Latvian, also tagged “LOC”.

The fields “X” and “Y” contain asterisks (“*”) if no acceptable data are available for a given predicate in a given language.

“Valency pattern” is the main field of the dataset. It contains tags for language-specific valency classes. By default, these tags have the form of “X_Y”. For example, “DAT_NOM” is used as the tag for the Russian valency class where the X argument is encoded by the dative case (“DAT”), and the Y argument, by the nominative case (“NOM”). Note that this class is considered different from the “NOM_DAT” class, even though in the language-particular descriptions the two classes can be analyzed as a single class, because no a priori ranking of the X and Y arguments is at work. In each language, one class is identified as the transitive class, uniformly labeled “TR” (instead of the expected “NOM_ACC”, “ERG_ABS”, etc.). Language-specific properties of the transitive class are described in sections on individual languages. Phenomena such as differential object marking are disregarded as long as all verbs from a particular (e.g., transitive) class display identical alternations. The field “Valency pattern” contains “NA” or a blank if no acceptable data are available for a given predicate in a given language.

Sentence, Glosses, Back translation, and Comments

“Sentence” is the translation of the stimulus sentence into the target language, which is interlinearized in the “Glosses” field. Abbreviations used in glosses are languages-specific; they are explained on pages devoted to individual languages. Notice that the information contained in the sentence and its glosses may be insufficient to unequivocally identify the valency class: sentences should be viewed as illustrations rather than as evidence.

“Back translation” is the maximally precise translation of the sentence back to English. This field is needed because occasionally sentences used for translation slightly diverged from the stimulus sentence in the questionnaire.

“Comments” are used for additional information; if no acceptable data are obtained for a certain predicate, the reasons for this are explained there.